Excerpts from the book 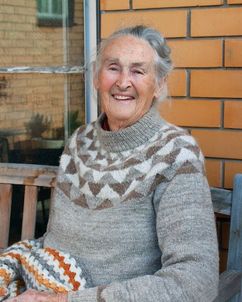 Wild and windswept
The Coorong and beyond, South Australia

‘A wild strip it is, windswept and tussocky, with the flat shallow water of the South Australian Coorong on one side and the endless slam of the Southern Ocean on the other.’ In 1964 this ‘wild strip’ was the setting for the famous Australian children’s book Storm Boy, which featured a boy and his pelican. Though his book, the author Colin Thiele introduced the Coorong to the world. The Coorong is a 110-kilometre stretch of wetland wilderness made up of shallow lagoons. It hugs a long sweep of wind-battered coastal sand dunes and nurtures over 200 bird species, some of which migrate annually from across the globe.

Kathleen White’s childhood years were spent at the southern end of the Coorong. Now aged eighty-seven, Kathleen enjoys reliving the times when she frolicked in her sun-kissed coastal wilderness. The sea was within walking distance of her family’s isolated homestead, over wide sand dunes covered in tall spinifex. She and her three brothers regarded these dunes as their adventure playground. ‘There were always plenty of swans, pelicans, teal and mountain ducks around,’ Kathleen recalls.

‘In the early years of the Depression, a lot of people walked through the Coorong looking for work, anywhere. Quite often a swaggie—that’s what we called a drifter—would wander in at night looking for somewhere to camp. My mother would direct him to a little hut near the homestead and say, “There’s a couple of rabbits hanging up in there. On the way go and help yourself to some vegetables out of the garden.” The swaggies would usually offer to dig the garden or do some odd jobs about the place for payment.' 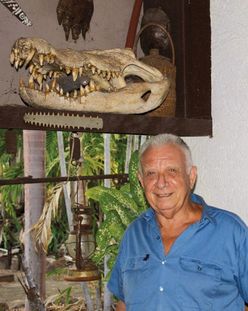 The image of the quintessential Aussie bushman has played an integral part in the shaping of the Australian identity. It has been captured and romanticised in all forms of Australian media and associated with attributes such as heroism, determination and resilience. One particular Aussie bush character, the crocodile hunter, was immortalised in the highly successful 1986 Australian film Crocodile Dundee. However, the exaggerated ‘ocker’ mannerisms of the central character Mick Dundee weren’t always credible, nor were his crocodile-wrestling, buffalo-mesmerising antics.

This movie version of an Australian crocodile hunter contrasts sharply with the stories told by Top End resident Heinz Jakel, aged seventy-eight. He hunted crocodiles for a living during the 1960s. With his strong German accent and his endearing smile, Heinz conjures up images of long, hot days and nights filled with strenuous work in crocodile-infested waters. Although antics similar to those of Mick Dundee’s are absent from his yarns, many bushman attributes are discernible. These have been shaped not only by his frontier experiences on the Daly and Victoria rivers in the western part of the Top End, but also by his childhood spent in war-torn Czechoslovakia and his adolescence in postwar Germany. Heinz’s story is one of struggle, endurance and a willingness to embrace whatever job opportunities were available in order to survive. 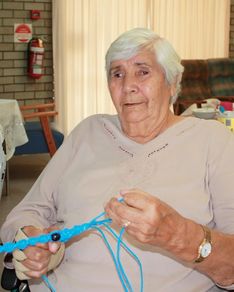 For more than half a century, Cherbourg was referred to as a ‘dumping ground’ for Aboriginal people. With a
population of 1300 that comprises forty tribal groups, Cherbourg is situated on the banks of Barambah Creek,
280 kilometres north-west of Brisbane. Many of its residents are descendants of Aboriginal people brought to Cherbourg from rural areas in southern and western Queensland after 1904, in compliance with strict government policies.

Opinions vary regarding the reason for the establishment of Cherbourg. Was there a desire by the government to ‘protect and preserve’ Aboriginal people by providing them with a ‘sanctuary’ because their numbers were in decline? Or was there a plan to exploit Aboriginal labour? There are even some suggestions that the government was keen to establish a segregated area so as to prevent the white population of Australia from being ‘contaminated’ by Aboriginal people.

In a Cherbourg aged care facility, a ninety-one-year-old resident sits quietly in her wheelchair surrounded by many examples of her eye-catching craftwork, which include doorway screens made from delicately rolled magazine strips and colourful macramé plant holders. Eva Collins was brought to Cherbourg without her mother's consent when she was nine years of age. Her story is compelling, yet delivered with a gentle, soft voice devoid of emotion. 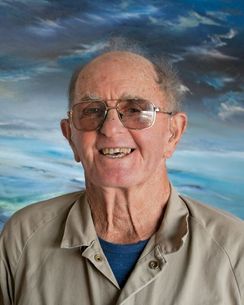 Tales of shipwrecks, debauchery and rescues at sea are embedded in Eden’s rich maritime history. However, none have captured the nation’s attention more than those associated with the unusual behaviour of killer whales (orcas) during the annual whale hunts of the early twentieth century. These intelligent creatures herded migrating humpback and southern right whales into Eden’s deep, natural harbour where whalers were waiting with harpoons poised for the kill. The most famous of the whalers’ helpers was one that frequented the Eden area in the 1920s. He was nicknamed ‘Old Tom’. Today his skeletal remains hold pride of place in the Eden Killer Whale Museum.

Lifelong Eden resident and former fisherman Barry Warren, aged seventy-nine, vouches for Tom’s intelligence, playfulness and gentle nature. ‘He would frequently pick up the anchor line of the small wooden boat my father skippered. My father would be taking hotel guests from Eden to a popular snapper fishing spot. To the horror of those on board, Tom would take them all for a tow until my father managed to cut the line.’ Barry believes that Tom was not dangerous even though ‘he had teeth on him that could easily crunch you up’.

Belonging to a respected fishing dynasty, Barry has many stories he is keen to share. Most of these tell of a passion for the adventurous life on the waters that wash the shoreline of the pretty port town of Eden on the southern coast of New South Wales.
Copyright © Brigalow Press 2014